Benefits and Use for Colloidal Silver. 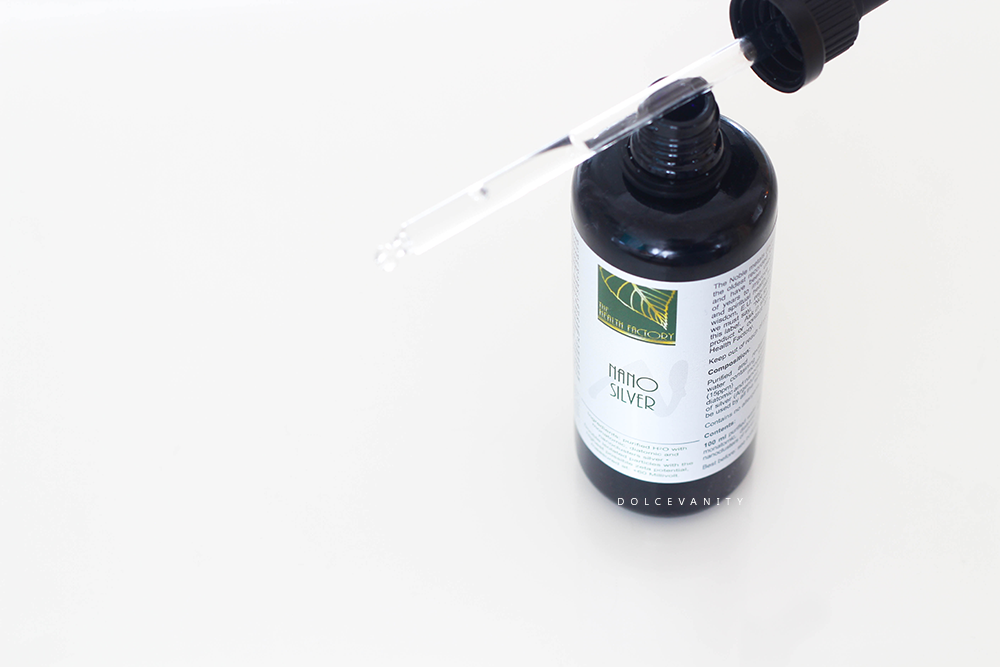 When the press release for Nano Silver came into my inbox, it struck a chord with me that I had read about it already this year and its positive benefits but for the life of me I couldn’t remember why I wanted to try it so badly, this is where having a photographic memory would be ideal. So…what’s this Nano Silver business? Nano Silver is Colloidal Silver but microscopic silver nanoparticles that when it comes in contact kills harmful bacteria within 6 minutes!

The history of colloidal silver.

It’s the world’s oldest and original antibiotic. For centuries silver was used to kill harmful bacteria, viruses & fungi within the body, while also being used to protect the body from disease and combat illness! In ancient Greece and Rome silver vessels were used to store beverages and food to protect them against bacteria and keep them fresh, that's right silver kills bacteria. Ancient Egypt, milk was kept in silver containers because it lasted 4x as long. If the ancient world has taught us anything is they knew quite a lot when it comes to simple health benefits. In the Wild West they’d throw a silver coin to prevent it from spoiling. Before the discovery of Penicillin, silver was used as a recognised antibiotic against infections and before 1938, colloidal silver was registered as a medicine by the FDA in the United States.

The Benefits of Colloidal Silver. 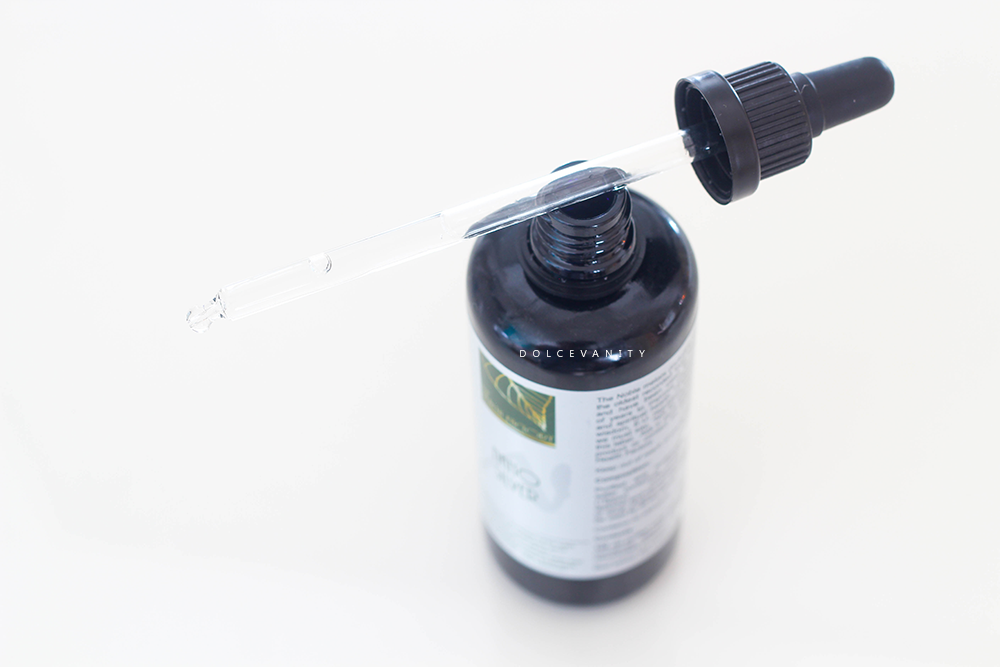 Use of Colloidal Silver.

I didn't set out to target anything in particular. I wanted to know how I'd feel overall taking this consistently. I've read how a few people found it good for depression. I wanted to see how I felt mentally as well as physically. I get the odd spots mostly menstrual so I decided to see topically, there's just so many benefits for it, I feel I should be submerged into it. The Noble Naturals Nano Silver has 15ppm (parts-per-million) with purified water because that's all it is basically tiny particles of the metal silver suspended in water. Now I've read about the dosage needed for specific things such as for a detox, 20 - 30 ml every morning on an empty stomach but also I have read that taking it in high colloidal silver dosage or for too long can cause the skin to permanently colour slightly blue, (I have a feeling it's a blue/grey tint) and I don't think looking like Smurfette would do much for me but seeing as I only have the 100ml so not enough -ETA: From the Health Factory "is no chance of her skin changing colour - that is only possible with a lower quality colloidal silver where the particles are larger and can get stuck in the fatty tissue under the skin. Our particles are so small that they will pass straight out through the skin and won't possibly get stuck (also they are so small that they no longer have any colour and are essentially "invisible" so can't colour the skin for that reason either.)" - instead I decided to do a pipette on my tongue because some silver is better than none. I'm going to purchase the colloidal silver spray because I think that'll be handy, the other week, I awoke with an itchy irritated throat after sleeping with the fan on all night accidently, I used this and was surprised that within a few days the itch and cough that began to accompany it disappeared - coincidence or just healed itself?. I've used it topically on spots and I was surprised at how gentle but effective it was with helping the redness decrease. While I can't talk about what's going on inside because I can't see or notice much difference physically, topically I was pleased but I'd probably use it on a need to use basis and not something daily like a toner. Who knew I should've been swallowing silver as a toddler instead of a 2 pence coin.


Have you heard of colloidal silver? Ever used it? 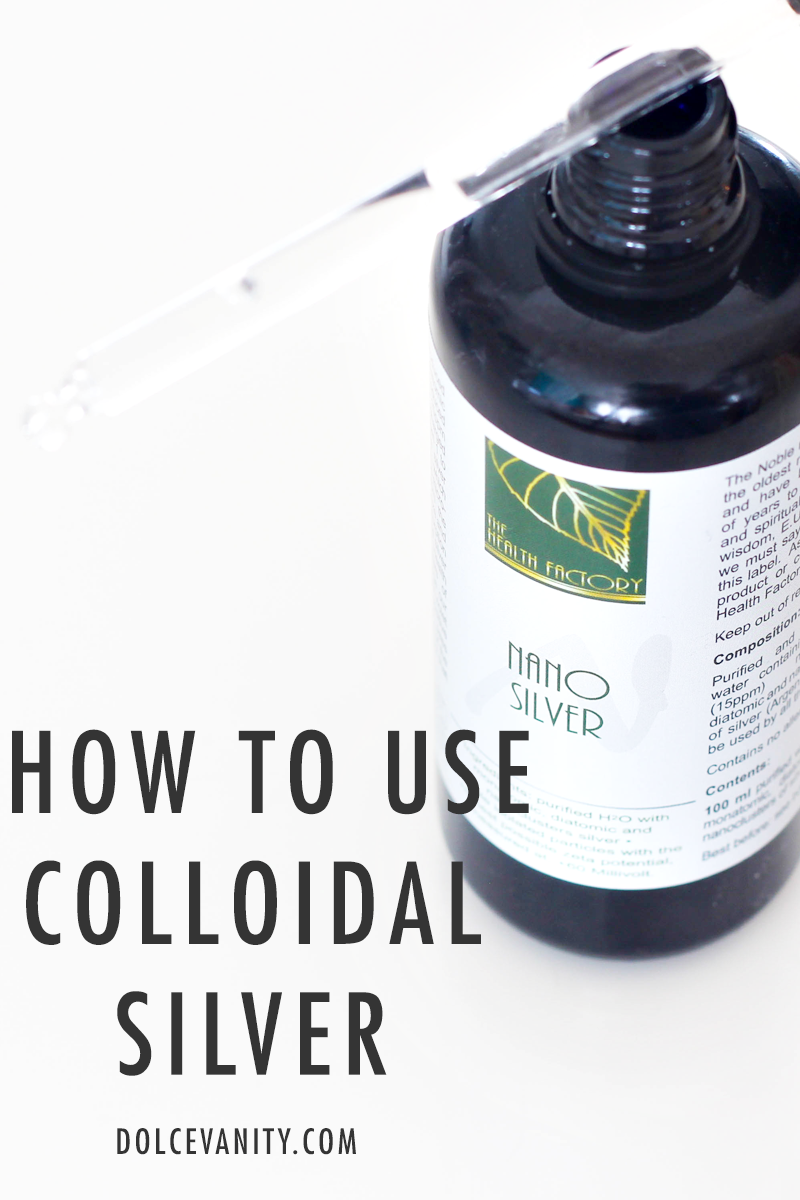 _/Wellness
© Dolce Vanity: all opinions are my own and any sponsored or paid posts will always be clearly marked as AD or Sponsored. I also accept press samples & services to review.