Last Wednesday MAC Cosmetics posted an image of Ugandan model Aamito Stacie Lagum lips coated with the shade Matte Royal & with over 30k comments on just this one Instagram photo, you know it was the racist/jealous people just having to stop by with their comments, letting MAC know they're unfollowing and even leaving derogatory comments such as 'nigga lips', 'fish lips', 'Holy nigger lips, Batman! What is this color called? ... Grape Drank?' While one user wrote :
"Black women will never be as beautiful as white women. The only argument blacks have is they have more melanin like that matters. Yes white women can get injections and when they do, they are basically flawless. You don't have any thing over them anymore and that's why you get so pissed off. Keep lying to yourselves thinking your dark asses look better. Don't even come at me with the "all white features were first started by blacks". Even if that was true, WHERE THEY AT THO? Keep projecting your jealousy on white women though, Id rather be a cracker with injections than look like the majority of you oily yet ashy at the same time people. Acting like you don't bleach your skins, get nose jobs, get contacts, and dye your hair blonde."

A couple years ago, people fell for the trap that Kylie Jenner managed to get a 3D pout using MAC lip liner and sold out the product in the hopes of getting voluptuous lips. The #KylieJennerChallenge, had people breaking glass jars & their lips in the process to enlarge their lips, lip fillers became the thing, but now this past week something else occurred that cemented the fact that, predominantly black features on black women are not 'as appealing'. While most women who aren't blessed with such features pay for them and get praised and become the next IT thing, those who are naturally blessed with such features are taunted with racist abuse. Don't get me wrong, what a woman wants to do with her body & with money is her prerogative and beauty is truly in the eye of the beholder. My issue is that the incident is another reminder that our features are often celebrated on other races (e.g. Angelina Jolie who has naturally plump lips to those enhanced like the Kardashians) but not our own and how much outrage it causes to be who we are.

Or when Allure published the article "You (Yes, You) Can Have An Afro" accompanied by a white woman who had tightly curled hair, now this is the texture, society would love for us to have more than our natural hair. Hell, my natural hair isn't as tightly curled as some but I get some real stupid comments when I wear my hair naturally or questioned over my hair routine due to that person's lack of knowledge which then stems into ignorance. Women with natural hair are sometimes told by employees not to wear their hair in it's natural state or in braids but a magazine will then publish an article for european hair for them to create this hair - huh!? 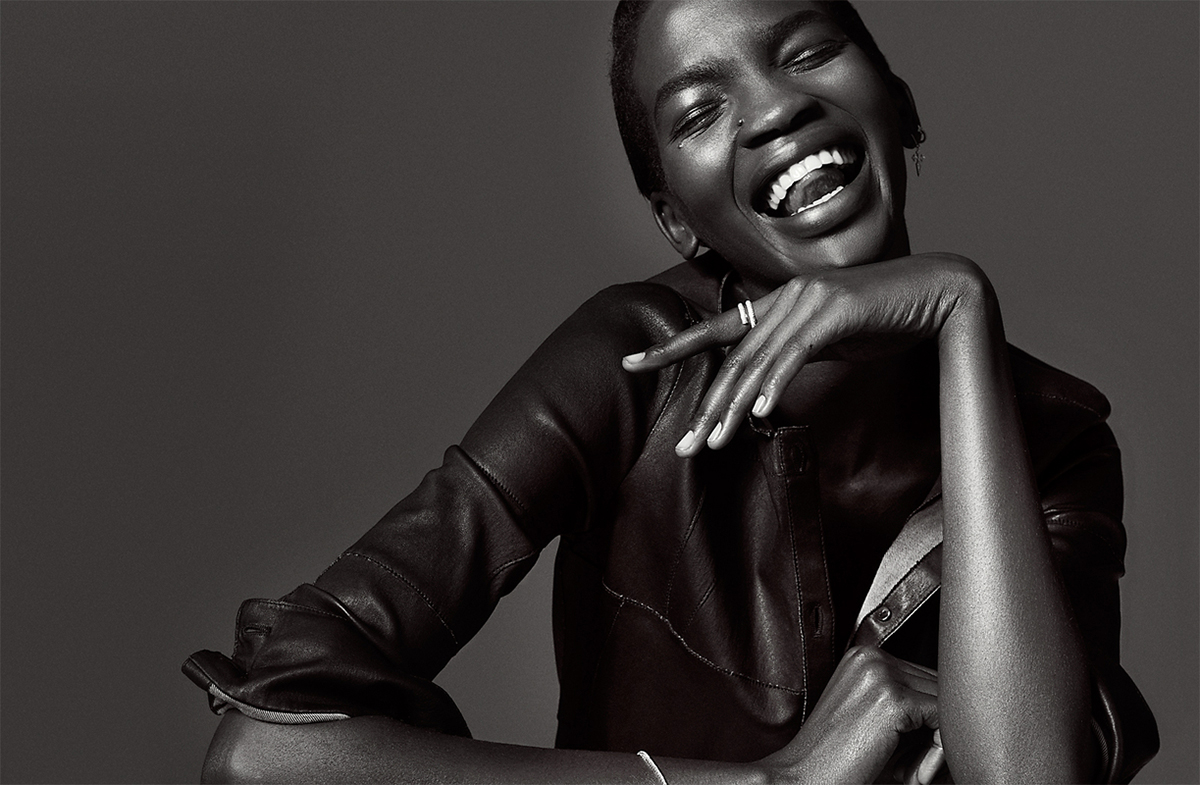 Lagum had this just to say "My lips giving you sleepless nights. On @maccosmetics IG. Thankyou @maccosmetics for this killer color and to that makeup artist .ama get me 3 of these."

MAC Cosmetics have been working to delete racist comments while letting their followers know they are a brand that is "All Ages, All Races, All Sexes" - Can you be cruelty free again too?
_/Social Issues
© Dolce Vanity: all opinions are my own and any sponsored or paid posts will always be clearly marked as AD or Sponsored. I also accept press samples & services to review.