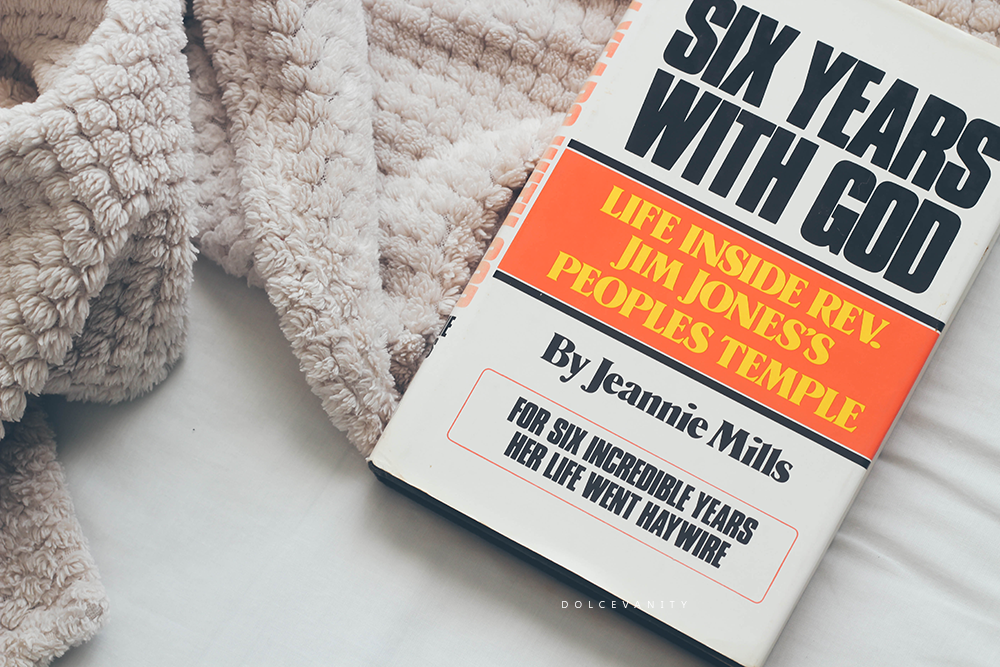 Every time I tell someone about the six years we spent as members of the Peoples Temple, I am faced with an unanswerable question: “If the church was so bad, why did you and your family stay in for so long?” This book is my attempt to work out an answer…Only months after we defection from the Temple did we realize the full extent of the cocoon in which we lived. And only then did we understand and deplore the fraud, sadism, and emotional blackmail of the master manipulator. We’d been had by a dangerous maniac and we set out to warn a world that didn’t seem to have time or the compassion to listen. It took the deaths 912 persons to spark a series of investigations into the Peoples Temple. To look at Jeannie Mills, you wouldn't think that for six incredible years her life went haywire. At 39, she's both smart and attractive, a good wife to a good man, mother to five terrific kids...the picture of everything that's right-and possible-in America. But from 1970 to 1976, she and her entire family were bound to a cult that finally became the story of the decade -THE PEOPLES TEMPLE. In a chronicle that talks of beatings, humiliations, and brainwashings, the author records her six years as a member of the Peoples Temple and describes the awesome and sadistic power of Jim Jones.

My Thoughts
Jeannie Mills known within The Peoples Temple as Deanna Myrtle was a defector of the organisation, along with her husband and daughter who were murdered not long after this tell all book was published, was it the last revenge of Jim Jones from his followers that still held his words in the highest regard? Even after more than 900 people were murdered that fateful day on November 18, 1978 in Jonestown, Guyana? No-one knows. So what was exposed in this book that would possibly cause the murders of defectors, even after Jim Jones died?

It starts off as a book that details their lives after leaving The Peoples Temple, from September 1975 – 1978. For about 60 pages for someone like myself who has studied the organisation, the names weren’t unfamiliar to me but for someone who is just starting to understand, it might be a little confusing. The fact they had to change their names to make void the power of attorney they had given him but they didn’t lay low from Jones & the Temple because they were very outspoken with their own organisation the Concerned Relatives organization, to focus media, political and government pressure on Jones. They helped to deprogram ex-cultist and persuaded Congressman Leo Ryan to undertake the fact-finding mission to Guyana which led to the largest deaths of US citizens before 9/11 and led to Ryan’s death.

The start of the second half of the book explains how she and Al (formally known as Elmer) were raised, met, got married & their children from previous marriages ended up becoming one big blended family. Admittedly before joining Peoples Temple she had decidedly racist views which she was ashamed of and after the first visit to the multiracial church she decided that she was going to be pleasant to the black people.

This book chronicles how the financial operations of the temple operated, how they managed to keep people ‘trapped’ within the temple, a lot of members signed over their homes & pay cheques to the temple, they were left with nothing but this connection to the church and even the elderly would have to then work to keep homes the church provided them to live in. With both Jeannie & Al, her husband being within the trusted circle of Jim Jones, Jeannie worked with Temple's publications office while Al became the official photographer they saw a lot of things first hand such as the public humiliations within a service & meetings, they’d see people beat other members within an inch of their life, women humiliated and made to strip to their underwear in front of the congregation and I’d read all the contradictions, physical and sexual abuse that occurred and would initially think why don’t you leave? But then to understand is to understand the hold, mentally, physically and financially. Cults are not easy to escape and you can’t just decide to not return one day, they’d tried to leave on a few occasions and the temple would send people and they’d be lured right back.

With an interests in crime, murder and cults this was the first book I had read about People's Temple, I've read numerous articles and seen documentaries. I try seek out books from those who have lived & experienced. This book wasn't easy to get hold of, it's out of publication and can retail for up to $70 on second hand bookstores but I managed to get this about 3 years ago on the cheap.