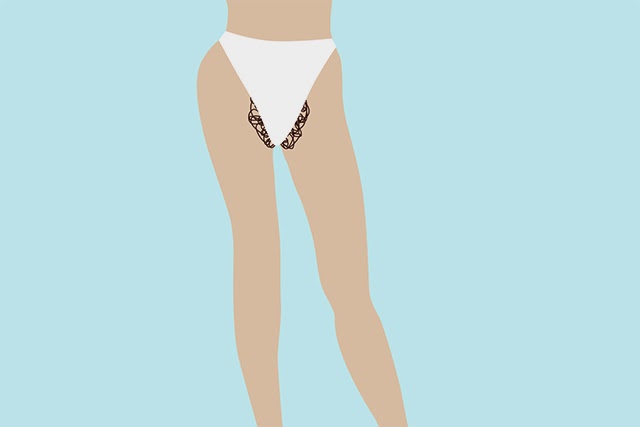 A couple of weeks ago I decided to go and get a Hollywood wax, I've only had a Brazilian or bikini wax in the past but I didn't feel otherwise to be able to lay down and bare all for a beautician I've never met before. I went through a phase of just not bothering to shave, it gave my skin a time to heal as I do find shaving quite harsh on my skin and that itching regrowth is intolerable. After a month or so from my last hair removal, I got fed up and just decided to get someone else to do the job.

Being that it's such an intimate service I did feel that I needed to buy her a drink before hand - (of course I didn't but you get what I mean). I went to a spa that has had a lengthy reputation of nearly 5 years while the owner has been in the industry for nearly 15 years it's also won numerous awards during it's time open.

It was quiet in the waiting room but I did have a 10:30am appointment, once I was led into the room the beautician did ask me if this was my first time, I said I wasn't a waxing virgin but I was a hollywood virgin. Of course you've got to be prepared to remove your entire bottom half of clothes - yes that means your underwear. She did offer me a towel if I wanted to cover up but hey what's the point in that, she's still going to see it all.

She told me that the further inwards she goes, the more discomfort I may feel. I think the bikini line is the most delicate for me. The wax she used was a tea tree hard wax and was applied in a few places at once to allow to harden and to make the wax go faster also. The only time strip wax was used, was to remove stubborn left over hairs. The worst part was she had to remove the hair in one place at least 4x and even after she was finished I still had bits of hairs left and wax residue that left my knickers sticking to me. I was told that I had to steer clear of hot baths / showers, sunbathing and moisturising in that area. Well I did have a warm bath as I had to soak that wax off and clear up areas that she missed out. Plus I did use moisturising lotion to help any ingrown hairs.


Here's a few things that I noticed while getting my wax :

- The beautician didn't wear gloves, yes maybe she didn't want the wax to stick to her gloves but with a job like that, the amount of bacteria that lays under our nails. She did have long fake nails and probably wasn't easy for her glove wearing but the most common bacteria that is found under our nails is Staphylococcus. This can cause anything from impetigo to toxic shock and even skin eating diseases. As our hair is being removed from the root is is highly susceptible to infection.
Solution - Make sure your beautician wears gloves!

- Double-dipping. Not the most appealing, the last thing you want to think about while getting a wax is, who else is being smeared on me alongside this wax. If they are double dipping they are probably using contaminated wax. Raising the awareness & being told that the wax is being heated and will kill off bacteria is not good enough. If they don't listen to your request, leave & find another salon.
Solution - Make sure they use a new spatula each new application.

- Don't make references to the clients ethnicity / quality of hair type. Yeah it doesn't make the experience that much more pleasant, I was told that "due to my shaving my hair is a lot more coarse and it'll hurt more, which is surprising because the texture on my head isn't like that" - how lovely, thanks for that small talk.
Solution - Just keep it to yourself.

So my issue is raise awareness as I did, it's your body.


Have you ever had a "nightmare" wax situation?
_/Beauty _/Body
© Dolce Vanity: all opinions are my own and any sponsored or paid posts will always be clearly marked as AD or Sponsored. I also accept press samples & services to review.