Diversity or Adversity in the Beauty Industry 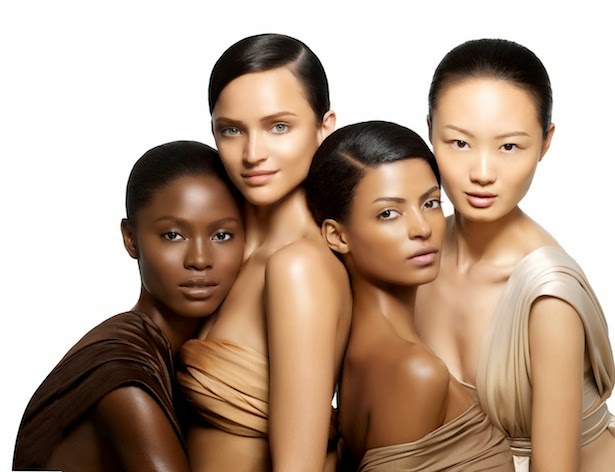 NOTE: This post isn't to alienate, be negative or take away from anyone mentioned within the post. It's simply highlighting issues that are well known but are constantly overshadowed.

Channel 4 news reported this year about the rise in popularity in the beauty community of YouTube & Blogging - I'm going to include blogging as a lot of these women covered blog & what I have to say isn't limited to YouTube. Jon Snow made the comment that it 'seemed all very white and posh to me'. It is a fact & it is very much ruled by that fact.


Is This Down To How the Media & Beauty Corporation's View Us?
Yes! The media doesn't advertise or support a lot of products aimed at women of colour therefore it doesn't feel or look diverse. If you switch on the t.v. and watch commercials you very rarely or never see a woman of colour advertising hair or & or make-up. I've rarely seen a WOC on a home shopping network advertising make-up, unless it's aimed specifically to that audience. I still think that's unfair, there are brands that do have a range of colours for WOC so why not when advertising do they not have a selection of women to show the make-up on so WOC aren't always looked upon as the minority?

If companies want to look diverse, use a selection of skin tones, a couple of years ago when we done the Tans for Women of Colour project we wanted to include different skintones and had a diverse selection so it wouldn't be difficult for others to find someone to relate too. Unfortunately something a lot of companies do not take into consideration. They will MOSTLY use WOC to advertise anything but make-up. For instance, Thandie Newton is the face for Olay...she's advertising skincare products, that's great, there's a WOC advertising & being a spokeswoman but you rarely see WOC that have ageing skin to begin with. We've had Jourdan Dunn as one of the faces for YSL & now she's the new face for Maybelline New York. Lancôme jumped onto the Lupita Nyong'o popularity and signed her up as a spokeswoman. Other companies such as L'Oreal controversially, white wash Beyoncé & Freida Pinto's make-up advertising. 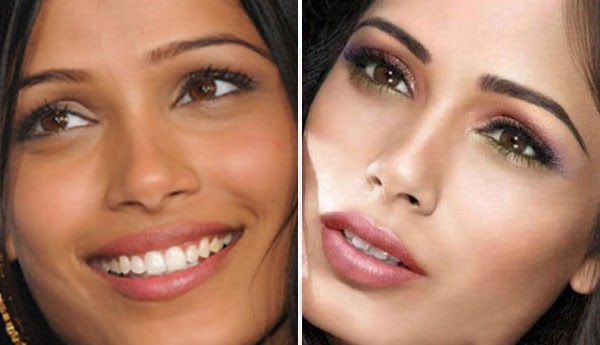 Thandie Newton has also spoken out at how stores treat WOC when it comes to make-up and said there's a "‘ghettoisation’ of make-up." within the stores right now. Thandie made the point that stores will stock an entire range when first launched but over time will take off the darker shades and only stock the lighter shades - she's not wrong. The fact I live in a town to begin with, we don't have large branches therefore they don't stock everything and it's even more disheartening that they begin to stock items and remove them. Make-up artist Kay Montano responded to Thandie's claims:
‘Every single make-up company has every single shade. It’s all made. But it all comes down to territories and men in suits deciding what sells.’ 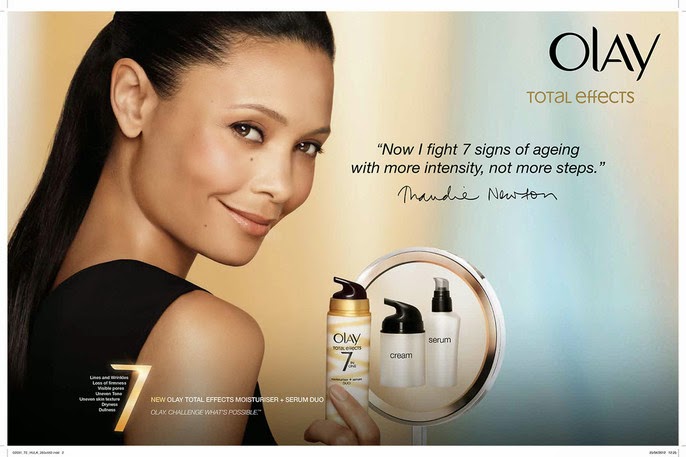 How can we leave it down to men in suits to say what sells? You don't give us the opportunity to see what is in the store before your yanking them off the shelves or hiding the products in the dark aisle of Boots where the tumbleweed is rolling by. Within Luton, there's 2 brands currently within Debenhams that are aimed directly at WOC, Black|UP & Fashion Fair, I've even noticed that the Fashion Fair counter has been downsized. They took IMAN away, Beverley Knight Cosmetics went into administration. There's very little support. 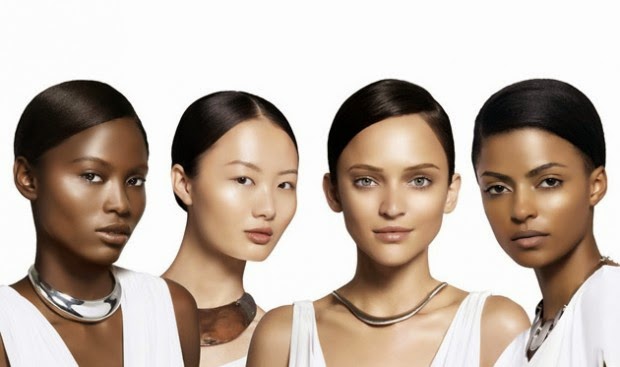 So is there any surprise that the Majority are Overshadowing the Minority?
All these factors do not help but within the blogging community there's a lack of support at the best of times, we're more ready to tear down the other whenever possible. Fashionicide has mentioned on Twitter: "It baffles me that so many girls of my own colour email saying they love my blog but won't follow as I 'have too many followers already' And then 10 minutes later they tweet gushing about some big blogger with 100 times more followers than me. WTF?"

Being able to see women who look just like you, boosts your self confidence, if your always been force fed this media's ideal look of beauty, there's going to be a lot more skin bleaching, low self esteem and self hatred. There are a few UK YouTuber's of colour I can think of that are doing well for themselves, Patrica Bright, Shirley B. Eniang & BeautybyJJ to name a few. Yet why aren't I seeing more diverse selection of popular WOC bloggers/vloggers within the UK? I'd like to see more of a varied outlook of women when bloggers are asked to represent brands and be included in things. TBH I'm tired of seeing women who all look similar and have nothing to say that speaks to me. In a way it's what keeps me wanting to blog but at the same time it's become inflated with the same regurgitation from similar people.

References:
'We're starting to think they don't want us,' - Thandie Newton
Boots - A Love Story - Thandie&Kay
The rise of make-up for darker skin - Anita Bhagwandas
Jourdan Dunn discusses the lack of make-up for dark skin
Black Women Love Makeup, But Does The Beauty Industry Love Them Back?
It's big business in the US, so why can't black women find suitable makeup on the British high street?
Note: Kay Montano & Thandie Newton have a website together "ThandieKay" Kay has worked as Thandie's make-up artist.
_/Social Issues
© Dolce Vanity: all opinions are my own and any sponsored or paid posts will always be clearly marked as AD or Sponsored. I also accept press samples & services to review.