I'm Gonna Party (It's A Celebration). 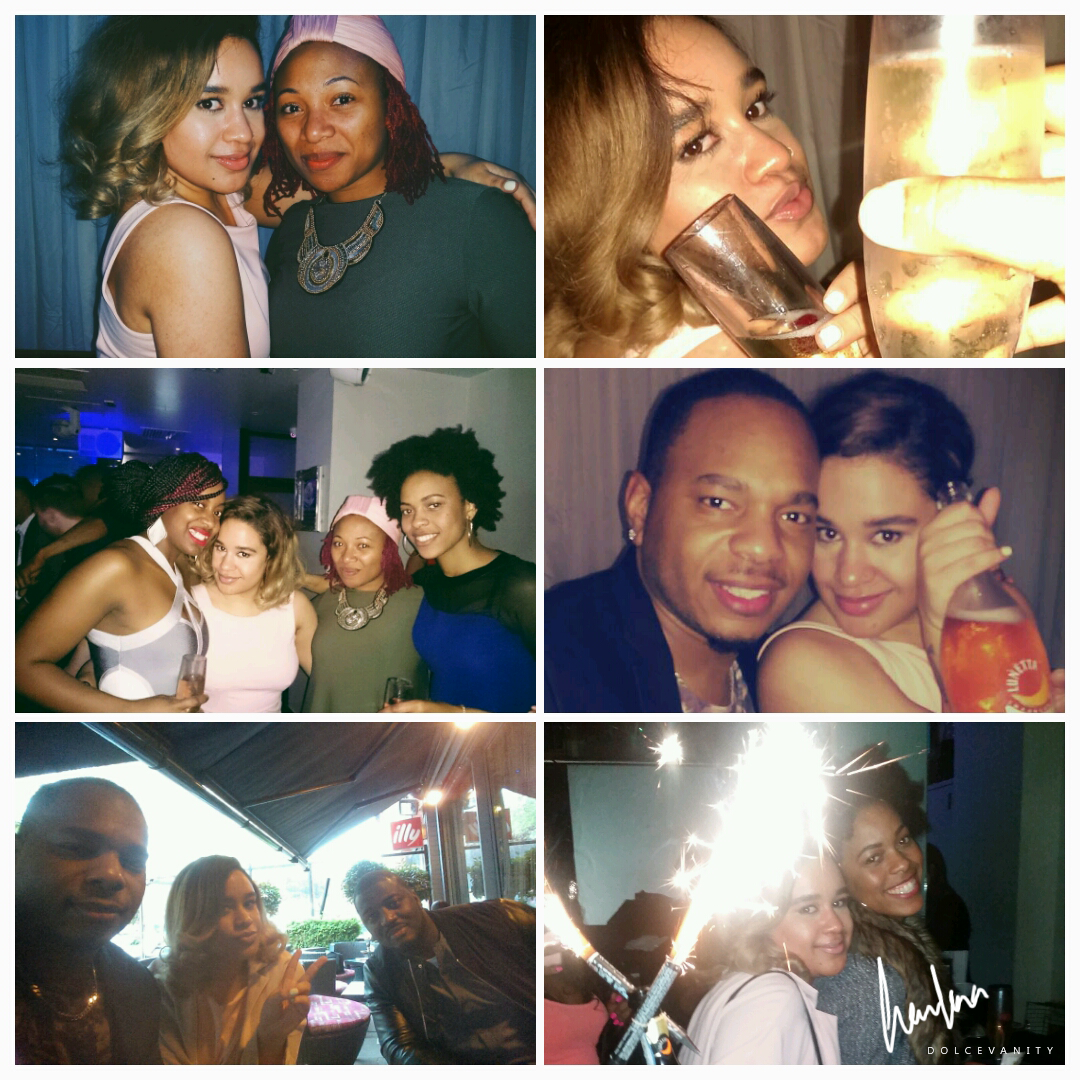 Let's just say after Saturday night the majority of us are feeling it still lol. My voice has been going since Sunday, too much shouting and laughing and probably the cold air from sitting outside wasn't great.

What exactly am I talking about? It's my birthday tomorrow, so Saturday night 6 of us went out in Clapham to celebrate it early. I rarely go out to clubs, feeling 'passed it, been there, over done it' but it was actually such a good night in the end. I was contacted by Blacklane* a couple months the company is a chauffeur service but having no reason to use the service I did respond back to let them know I was interested but I had to find a reason for myself to go out. Thursday night it came to me, how can I wear 4inch+ heels and not have to drop on my ass running about on the underground (I'm not about that life, yo!) Contacting them to see if they were still interested it was game on from there. 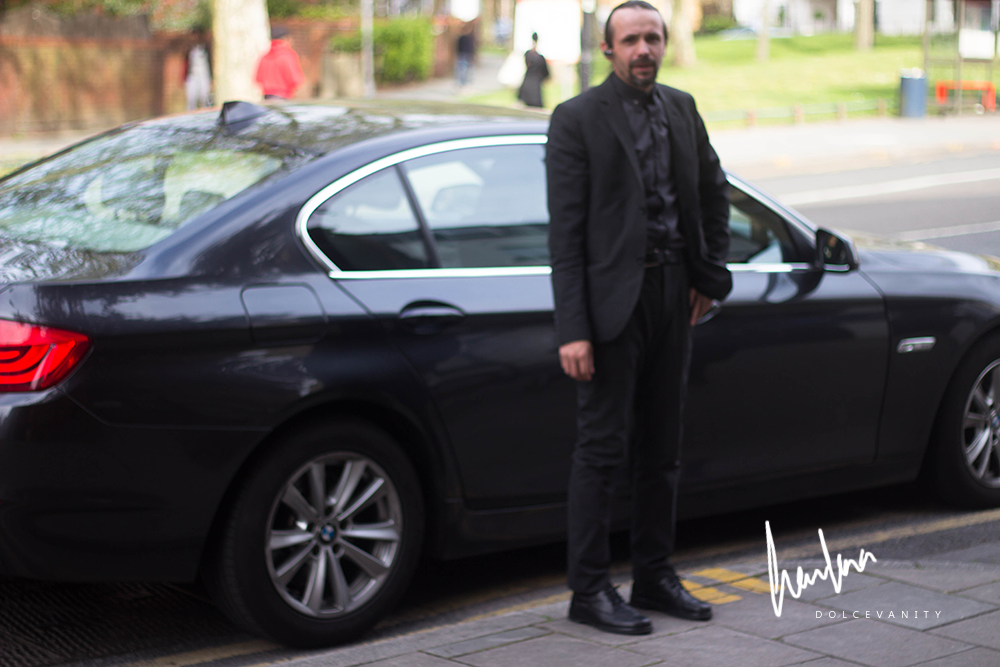 Our driver Sandu with his BMW 5 Series
Fairly easy. See if the service is in your city, considering I'm not from London I was thinking maybe I'd have to get the train into London and go from there but it could be arranged from my home to my destination. they picked me and my 2 friends from my home and the driver came about 15 minutes early plus on top of that there's a 5 minute waiting time from the time allocated from a home etc. 15 minutes if you're coming from the airport / train station for any delays. The company keep in contact with you via email and your mobile letting you know who your driver is, when they've arrived. It was so smooth and straight forward. Something so simple, was easy and relaxing. 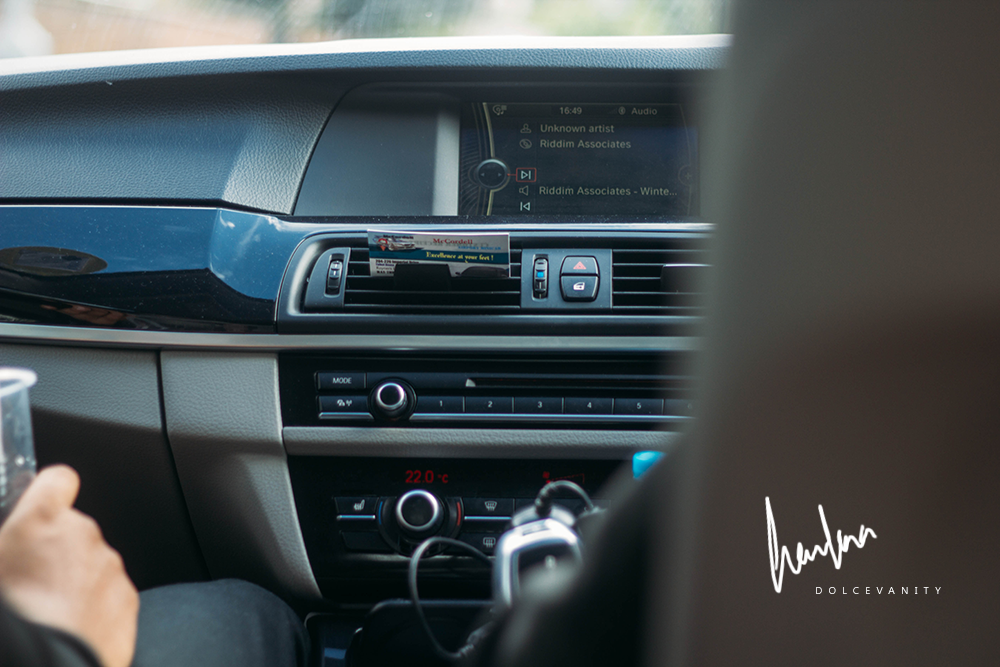 It cost one way £105 roughly to get from Luton to Clapham. A service we was very willing to pay for or use again, you split that between 3 people and you're laughing. You can listen to music via bluetooth, you've got magazines in the back and a water bottle in the doors. You're allowed to drink alcohol and when my friend forgot his paper cups (hood style!) he even drove us to pick them up - even if it was just a minute or so away he was so nice to do the detour. Thanks Blacklane for the offer, the smooth ride & service. I highly recommend.

Once we arrived at the Shisha Lounge, oh well this could be a long one so it's probably look out for the trip advisor review but here's the low down...We arrived at Layali Lounge and we'd reserved a table although my friend who went there a couple weeks back said 'They say you have to but they accommodate'. Which I noticed throughout the night. They sat us at one table, keep in mind nobody asked me my nan as of yet so I could of just lied and been about anyone. 5 minutes or so later someone came and asked if I was LaaLaa. My friend signalled one of the staff over who was just standing doing nothing he just proceeded to nod and acknowledge the request but not bother to come over, a few minutes later We had ordered but as soon as I felt faint rain drops we asked to move. I'm presuming the woman I spoke to might of been the owners wife / relative as she had two young children with her in the establishment, she was nice and helpful the others seemed to struggle with any questions and requests such as ordering drinks and getting the order incorrect twice and they weren't busy. When it come to ordering food and that service, the food was good, plentiful. I was actually sick earlier that day for most of last week I was unwell and the one day I threw up had to be that day so they got my bottled water order correct. When the rest of my party arrived later that night, we was then informed that the kitchen couldn't serve us until 9:30pm due an order of 18 but it was just after 8:30pm so an hour of waiting, on top of that drinks were asked to be ordered and nobody come back to take the order but quick to take our money. The service charge was taken off. When we asked others we was then told IF the cook wants to cook after 9:30 but we had noticed others turning up afterwards and being able to order food. My friend asked to speak to the manager and was told to wait, 5 minutes later no manager so another waiting staff was asked and we was informed the manager was busy so could we come in. While my friends spoke to the manager, no apologies was given, we was told his name and the owners name but to be honest they didn't seem bothered. It looked like things were going to go down hill.

Headed over to Aquum and it was still early but by now I was feeling so much better and after some sparklers in the bottles bought by the girls and some more alcohol and the music got more live, it turned out to be such a good night, lots of laughter, scandal and oh me nearly being knocked back on my ass by some gay guy thinking he was on Broadway LOL! 
*sample/read disclaimer
_/Life
© Dolce Vanity: all opinions are my own and any sponsored or paid posts will always be clearly marked as AD or Sponsored. I also accept press samples & services to review.