Casualties of War: Incident On Hill 192 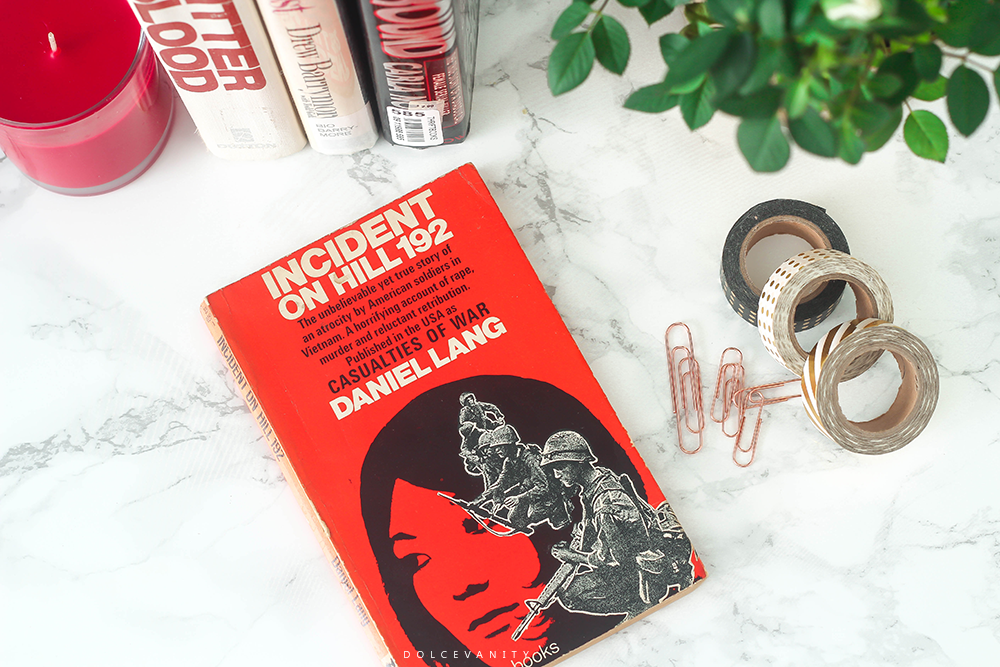 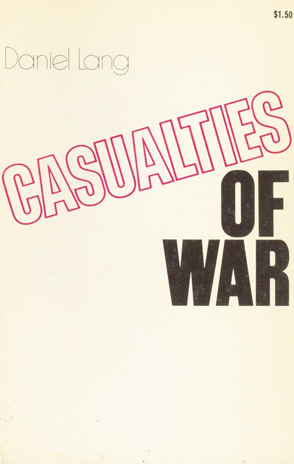 In 1969, the New Yorker published a report by Daniel Lang about the court martial of a group of men who had served in Vietnam. The five-man squad, led by a 20-year-old sergeant, Tony Meserve, had been sent on patrol. At the outset, Meserve had declared his intention to kidnap a girl from a local village, gang rape her "for the morale of the squad", and then murder her. Private Sven Eriksson initially thought Meserve must be joking. He was not. It was Eriksson's testimony that informed both the trial and the New Yorker.

This was also made into the 1989 film "Casualties of War" with Michael J Fox as Sven Eriksson and Sean Penn as Sgt Tony Meserve. I don't remember which came first to me but I have a feeling I viewed the film and upon reading it was a true story had to go find the book also to see how far apart was the film adaptation to the book and I have to say, there isn't much that's different at all.

My Thoughts
This book isn't going to be for everyone, it was pretty gut wrenching and can be a hard read, considering this is a true story that happened during the Vietnam war. Published in the late 60s it's not the best or well written publication but it's thought provoking. A short book with large print making it easier to get through in one or two sittings. The book made me think how often this kind of intrusion happens while wars are going on? A young woman taken from her hut where she laid, asleep with her family by her side, she's taken away by an American platoon on patrol without a second thought about their consequences, it was planned from the night before when they were not given extensive leave, where a lot of the soldiers would go and be temporarily relieved of duty to have fun on the streets of Vietnam and mostly getting that sexual edge taken off. The plan was to help the morale of the squad & ' sexual fun'. Basically they won't be so uptight if they got that edge off.

With one soldier on the patrol unit who did not participate in the rape and murder, he faced guilt for what had happened and he decided to report the incident to his superior but it's the obstacles he faced after this. It seems because there isn't much morals - whatever your view on war may be - the fact they can do something like this to a woman and be protected and it's not seen as something demoralising, says a lot about the mindset to me. The outcome is a positive but a sad one in the end because you can't help but think of the torture this poor woman went through and also the soldier who felt helpless to witness all this but he also had the courage to speak up, which was admirable.